Criminal Accountability for Syrians and Beyond

In this new episode of this mini-series on justice efforts for Syrians by Justice Visions and Impunity Watch, we critically examine criminal accountability efforts. Since the start of the al-Khatib trial in April 2020, the first one involving Syrian state torture, criminal proceedings have dominated the justice debate. Patrick Krocker (ECCHR), Anwar al-Bunni (SCLSR), and Veronica Bellintani (SDLP) shed light on the impact of criminal accountability, the central role of victims, and the need to complement criminal proceedings by other efforts.

Syrian lawyer Anwar al-Bunni insists that we cannot overestimate the importance of trials under universal jurisdiction, especially as the conflict is ongoing. “The most important thing is to send a message to the perpetrators that there is no room for impunity in Syria’s future, to prevent such crimes from happening in the future and not give perpetrators a sense of security that allows them to commit crimes, whether in Syria or elsewhere.” In this respect, the transnational cooperation between Syrian lawyers, civil society groups, and international NGOs was key: it demonstrated that while most avenues are closed and realpolitik reigns, justice is not impossible.

As a lawyer on behalf of the victim plaintiffs at the al-Khatib trial, Patrick Krocker witnessed first-hand how this trial created momentum for international justice. While the road ahead is long, he is cautiously optimistic: “there are a lot of prosecutors and investigators that have very deep knowledge of the situation in Syria, that have gathered tons of evidence. I think that the genuine motivation that this evidence is there and should be used is going to stay.”

Closely observing the criminal proceedings and the prominent role of victim groups, Veronica Bellintani notes that criminal accountability should not be seen as a superior form of justice and that victims’ perspectives should be central. “After the al-Khatib trial, there was a lot of conversation about which other perpetrators should we look for: high-level perpetrators, low-level perpetrators? Should we file more complaints? And I think that the conversation should have been more about: how can we make sure that our next justice efforts, our next litigation proceedings are done together with survivors?” 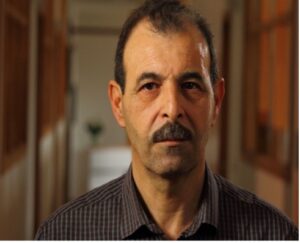 Anwar Al-Bunni is a prominent Syrian human rights lawyer and one of the founders of the Syrian Centre for Legal Studies and Research (2004). He was imprisoned and tortured by the Assad regime before moving to Germany in 2014. There, he was part of the legal team that successfully brought Syrian defectors and former officers Anwar Raslan and Eyad al-Gharib to trial in Koblenz under the principle of universal jurisdiction. 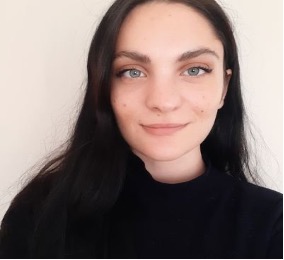 Veronica Bellintani is a human rights researcher and victims’ rights specialist, focusing on the Syrian conflict. She works as Legal Officer at the Syrian Legal Development Programme, focusing on capacity-building and training to Syrian civil society and associations of victims & survivors. She is also serving as Nonresident Fellow at the Tahrir Institute for Middle East Policy. 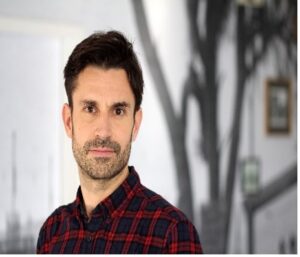 Patrick Kroker works in the International Crimes and Accountability program where he is responsible for the European Center on Constitutional and Human Rights’ work on Syria. He is a registered lawyer and did a PhD on the subject of victims’ participation in international criminal proceedings. He previously worked as an assistant to Civil Party Lawyers at the Extraordinary Chambers in the Courts of Cambodia, and as a research assistant at Universität Hamburg and the Hertie School of Governance in Berlin.

Listen to the Arabic interview with Anwar Al-Bunni