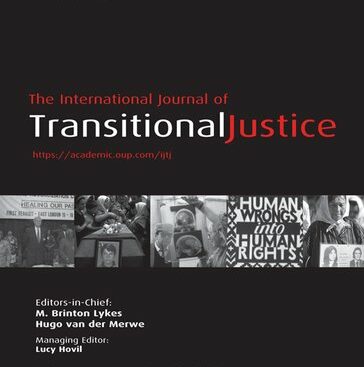 Released in 2021 Link to publication

With most avenues to pursue justice for Syrian victims of international crimes blocked, Syrian and international justice actors within civil society and formal institutions are active in exploring ways to seek some form of justice and accountability. In doing so, many of them use the language of transitional justice as the most promising paradigm to keep justice on the international agenda and to resist the prevailing defeatism about the possibility to advance justice in the absence of a transition, as well as to remedy the marginalization of victims’ experiences and narratives. Many of these actors are not only interested in criminal accountability. They also seek to stretch the boundaries of what is imaginable in terms of justice, beyond existing mechanisms and even beyond the judicial realm. They are striving to open up the justice imagination. In a maximalist sense, they are foraging for more ambitious justice narratives that can accommodate the victims’ lived experiences. In a minimalist sense, they are resisting the erasure or invisibilization of the experiences of millions of Syrians affected by hackneyed justice narratives. This article refers to the work of these justice actors to expose and conceptualize some of the shortcomings of mainstream transitional justice discourses.