How to hold perpetrators of crimes against humanity or war crimes accountable?

Bringing perpetrators of crimes against humanity, war crimes, or genocide to justice is a complex task, and it tends to be extremely difficult to find courts willing to prosecute perpetrators within the territories where crimes have been committed.

However, when domestic trials or referrals to an international court are not possible, universal jurisdiction offers a way to prosecute perpetrators of these crimes in other states.

Universal jurisdiction has thus made the unthinkable thinkable: allowing for the prosecution of internationally recognized crimes beyond the borders where they took place.

In this episode, we take as a starting point the cases currently taking place in Germany against former officials of the Syrian regime.

We talk to Naomi Roht-Arriaza and Thijs Bouwknegt about the meaning, impact, and challenges of trials taking place under universal jurisdiction.

What can the courts actually do in such complex cases and what is the role of international solidarity in this story? What is the impact of such international efforts on both victims’ expectations and local justice efforts?

Naomi Roht-Arriaza is Professor of Law at The University of California Hastings College of the Law. She is the author of the impactful publication The Pinochet Effect: transitional justice in the age of human rights. 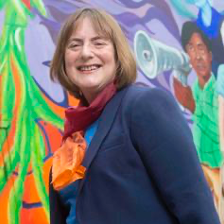 Thijs Bouwknegt is a researcher at NIOD and Assistant Professor at the University of Amsterdam (UvA). His expertise is transitional justice, the ICC and universal jurisdiction. 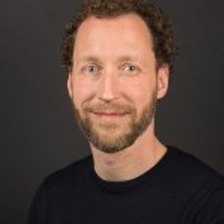 Photo on the left:  Feras Fayyad, Wafa Mustafa, and Anwar Al-Bunni outside the courthouse in Koblenz, Germany.

Next episode Memory: securing the past and imagining the future
Previous episode What about social and economic rights?