On the 25th of October 2020, an overwhelming majority of Chilean citizens (78%) voted in favor of redrafting the constitution, following a year of protests. Many believe the constitution of 1980 is withholding Chile from fully leaving behind its past of military dictatorship. Some even call it ‘the constitution of Pinochet’. The referendum was organized in an attempt to meet the demands of protesters that took the streets in October 2019.

When Chile initiated its transition to democracy 30 years ago following 17 years of military dictatorship, the case soon became known as a ‘paradigmatic’ case of transitional justice. It is often cited as a successful transition from authoritarian rule to democracy, because of its classical application of transitional justice mechanisms. However, the slogan ‘It’s not 30 pesos, it’s 30 years’, which was often expressed by protesters reflects how the legacy of the dictatorship continues to affect the present. This context begs the question of whether this transition is actually as ‘finished’ as generally assumed, or rather ongoing.

In this episode, we talk to Loreto López, a social anthropologist and postdoctoral researcher at the Program for the Social Psychology of Memory of the Universidad de Chile. We talk about what the process of constitutional reform will look like, and what this change of the constitution means within the broader transitional justice framework. Loreto argues that we should not only focus on the victims of human rights violations and start asking questions about the broader Chilean society. The reform of the constitution is just “going to be a start, the beginning”. What else is needed to adopt a broader culture of human rights in the Chilean context, and what could be the role of public memory in that complex process?

Loreto López is a social anthropologist at the Program for the Social Psychology of Memory of the Universidad de Chile. Her expertise is collective memory and Chile’s recent past of military dictatorship.

Marit de Haan is a PhD researcher at Justice Visions. She studies the perceptions and needs of justice of victims of the Chilean military dictatorship, focusing on victim participation and restorative justice 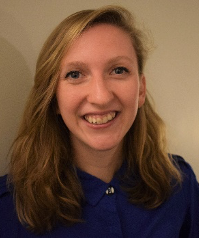