How do we talk about time and temporality in the Chilean transition?

In this episode, we reflect on the Chilean transitional justice process and questions related to time and timing. Firstly, we zoom in on the concept of temporality, which refers to the lived experience of time. Secondly, we take a closer look at the implementation and sequencing of the Chilean transitional justice process and the consequences of this temporal organization for victims of human rights violations.

Our two guests, Noemí Baeza and Haydee Oberreuter talk about the return of memories during the social protest movement that erupted in Chile in 2019, the timing of the Chilean truth commissions, and the imposition of a law that was established with the second truth commission (The “Valech Commission” in 2003), imposing effectively  50 years of silence. A law that, according to Haydee Oberreuter, victims’ never asked for and severely limited access to truth and justice.

Highlighting the experiences of Haydee and Noemí, both survivors of political detention and torture, the episode demonstrates unfulfilled promises of the Chilean transition and the daily consequences of overlooking the needs of victims/survivors.

“And the courts work at the speed of a turtle, that thinks and thinks what it is going to do. It is delaying and thereby facilitating the installation of impunity at a rate that is convenient exclusively to the violators of human rights.” 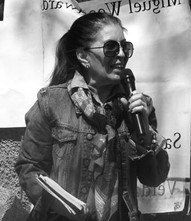 Haydee Oberreuter is one of the leaders of the Comando Unitario de Ex Prisioneros Políticos y Familiares and  spokesperson of the NGO Derechos en Común. She is a survivor of political detention and torture. 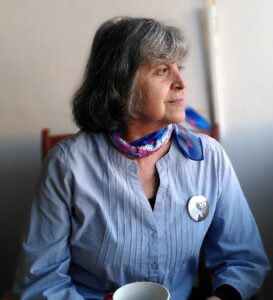 Noemí Baeza worked as a teacher and social worker and is a survivor of political detention and torture. She returned to Chile in 1984 after 10 years of exile in the Netherlands.