Assessing the state of reparations for the victims of the internal armed conflict in Guatemala: shortcomings and the outlook for the future 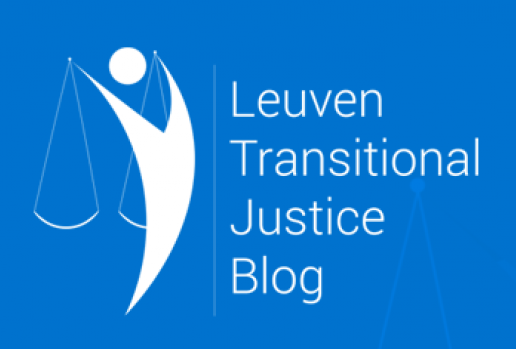 In the second instalment of our special series on the 25th anniversary of the Guatemala Peace Accords, Gretel Mejía Bonifazi, PhD researcher at Ghent University, discusses the scope and impact of the national reparations programme set up in 2003.

The 1996 Agreement on a Firm and Lasting Peace  put an end to the internal armed conflict in Guatemala. The peace process resulted in twelve comprehensive agreements, which included provisions relating to the implementation of transitional justice mechanisms, namely a truth commission and a national programme of reparations for the victims. Following the peace agreements, the 1999 report of the Commission for Historical Clarification (Comisión para el Esclarecimiento Histórico, hereafter ‘CEH’) recommended the creation of a reparations policy. In 2003, the Executive signed a governmental decree establishing the national reparations programme (Programa Nacional de Resarcimiento, hereafter ‘PNR’). However, 25 years after the signing of the peace agreements, the PNR has not met victims’ expectations. In this post, I reflect on the work of the PNR over its 19 years of existence, highlighting its structural problems and gradual deterioration, which I argue have curtailed victims’ rights to effective, adequate, and prompt reparation.

The creation of PNR was made possible by the mobilisation of victims and human rights organisations. In 2000, several organisations formed the Multi-Institutional Instance for Peace and Concord (Instancia Multiinstitucional por la Paz y la Concordia) to negotiate with the state. While the creation of the PNR was a success for the human rights movement, victims have denounced several structural shortcomings related to: a) the nature of the reparations provided, b) the PNR’s reach, c) the overall cumbersome reparation process, and d) the lack of gender and ethnic perspectives. While the public reparations policy favours an integrated approach,  encompassing restitution, satisfaction, rehabilitation, and guarantees of non-recurrence, in practice, the PNR has mainly focused on providing economic compensation and only in a few cases has it supported victims through exhumations, reburials, housing, and commemorative events. By 2015, reparations had only reached 30,000 victims out of the 200,000 victims identified in the CEH report. In this regard, it is worth noting that there is no official registry of victims, which makes the allocation of reparations a lengthy and ad hoc process. This places a heavy burden on the victims, because they must comply with specific requirements to prove their victim status. The PNR has also failed to integrate both an ethnic- and a gender-based focus; this has resulted in discriminatory practices towards certain victims, for example, women victims of sexual violence, who are required to prove the facts of their victimisation without psychosocial support. In addition, the program has caused tensions between victims and communities: because, in some cases, the nature of economic compensation for the death of a relative is not in line with their customs and beliefs.

In addition to the aforementioned problems, the PNR has suffered from a gradual operational deterioration. In the last decade, it has faced budget cuts; changes in authorities and representatives; the closure of regional offices; understaffing; a lack of basic services, such as internet or electricity in local headquarters; among other issues. Another setback occurred in 2020, when the Executive issued several decrees that severely affected the nature and functioning of the PNR. Besides closing down key institutions, which had been created to comply with the peace agreements, one of the decrees transferred the PNR to the Ministry of Social Development (Ministerio de Desarrollo Social, hereafter ‘MIDES’). Transferring the PNR to MIDES, an institution that lacks the technical capacity and expertise to manage a program of this kind, affects the nature and functioning of the program in several ways. First, the PNR runs the risk of becoming a mere economic assistance program; thus, contravening the main feature of a reparations program, which is to acknowledge the victims of human rights violations as rights holders. Second, one of the provisions in the decrees transfers the archives of the PNR to the Presidential Secretariat for Planning and Programming (Secretaría de Planificaciósn y Programación de la Presidencia, hereafter ‘SEGEPLAN’) for their custody. SEGEPLAN’s task is to support state institutions with project planning and monitoring; it, thus, lacks proper expertise when it comes to safeguarding the sensitive information contained in the archives, which include the testimonies of victims and deal with sensitive information regarding victims’ personal data and that of their family members, information about human rights violations, and the identities of alleged perpetrators.

Neither victims nor civil society organisations were consulted about the content and scope of the latest modifications to the PNR. This is partly due to the lack of meaningful and legitimate institutional channels for victim participation within the PNR. Despite this, victims and human rights organisations have mobilised in different ways to denounce the shortcomings. For example, to avoid the constant modification of the PNR through presidential decrees, victims’ organisations presented law initiative 3551 (Law on the National Reparations Programme) to Congress in 2006; however, the initiative is still pending approval. Parallel to demanding a solid legal framework on reparations, victims and human rights organisations have staged protests, issued press releases, and constantly lobbied before Congress and other state institutions to demand the strengthening of the PNR. In addition, victims constantly monitor the implementation of the PNR and issue reports with findings and recommendations, which they have presented before regional human rights  bodies, such as the IACHR. Victims have also engaged in legal mobilisation. They have filed numerous legal actions (acciones de amparo e inconstitucionalidad) before the Constitutional Court, which are aimed at reverting decisions that affect them. The legal actions are often accompanied by peaceful sit ins and press releases, which are aimed at raising awareness about the issues at stake.

All these problems severely curtail victims’ rights to reparation. First, the structural problems regarding the scope of the PNR – particularly the lack of a truly integrated approach and gender and ethnic perspectives – severely affect victims’ prompt access to adequate reparations. Moreover, due to recent modifications to the PNR, arising out of the presidential decrees, there is uncertainty about the status of the pending reparation requests, which have stalled without any clear possibility of progress in the short term. In addition, victims worry about the duration of the PNR’s mandate: initially created for ten years, the Executive extended the mandate for ten additional years; it is due to end in 2023. Taking into consideration the gradual deterioration of the PNR over the last decade, it is unlikely that the government will renew the mandate.

25 years after the signing of the peace agreements, the PNR has proved ineffective in meeting victims’ most pressing needs. There is a lack of political will to prioritise and ensure a robust and genuine reparations policy for victims and their relatives. In this regard, victims have often complained that the PNR suffers from clientelism and that governments have only used its infrastructure to advance their political goals. To understand the shortcomings of the PNR – and the rest of the Guatemalan transitional justice initiatives – it is important to analyse them against a backdrop of constitutional and democratic deterioration in the country, which entails the persecution of human rights defenders and judicial operators and the closing of genuine spaces for civil society participation. Despite these setbacks, victims will continue to mobilise in the face of adversity, as they have done for decades. Victims are crucial actors in moving transitional justice processes forward. This is especially true in Guatemala, a country of ever shifting political opportunities, where victims have engaged in different types of mobilisation, with the support of national and international actors, to advance their demands for truth, justice, memory, and reparation.

Gretel Mejía Bonifazi is a PhD research fellow at the Human Rights Centre at the Faculty of Law and Criminology at Ghent University. She is a Guatemalan lawyer specialized in human rights. She holds an MA in Human Rights from Friedrich-Alexander University Erlangen-Nürnberg (2017) and a law degree from San Carlos University in Guatemala (2015). Before joining the Human Rights Centre, she worked as a research assistant at the Max Planck Institute for Comparative Public Law and International Law in Heidelberg.